skip to main | skip to sidebar

Well, this is the second time I am posting this... I had everything in place, posted and then decided to change my background...everything I had just posted disappeared! Grrrr.

Happy Valentines Day! To all of you but most of all to MY Valentine--Jeff
When we got married 29 years ago, I thought I knew what LOVE was...I did in a manner of speaking, but now, well WOW! Here is what we looked like waaaay back then. 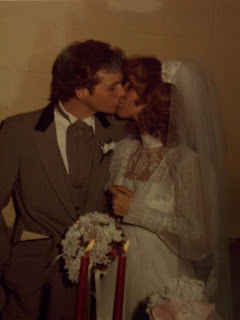 Yes, we were in love with a healthy dose of lust at that point. (said in the best most married kind of way)

We just got back from our favorite place on earth...Naples Florida! We had an absolutely marvelous time. That is our therapy. Gives us a whole new view of life. 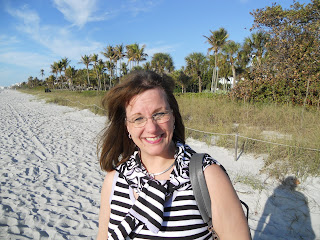 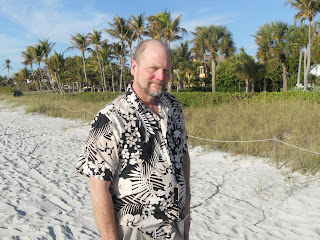 It is our first night and he is already looking less stressed! 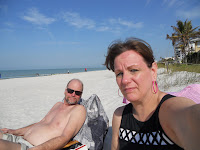 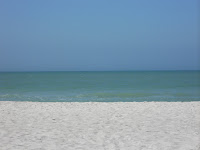 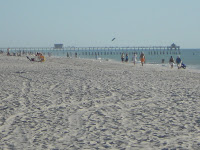 A couple of happy beach bums! 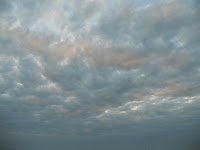 We had a marvelous time and are anxiously waiting to visit again!

The Writing for the Soul Conference
We no sooner go home from Florida, then I had to get ready to leave for Denver and the conference. It felt as though anything that could prevent me from going was happening. I tried to open files on my computer...they wouldn't open. I tried to print out files from another computer and from my MAC...nothing. I was so frustrated. I almost decided to NOT go. I knew I had a lot of money involved in this conference, so figured I had to go.

I have a ten 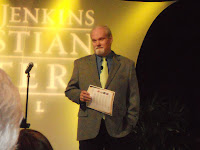 dency to not want to spend unnecessary money, so I decided to snap a few pictures rather than have my photo professionally done with Jerry B. Jenkins

I may not be in the photo, but I was close enough to take this picture. I did speak to him a couple of times and rode in the elevator with him with two other people, so I guess I could say I had a "captive" audience. Ha. 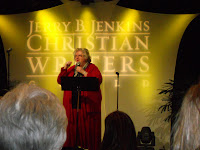 There were a number of speakers there. The first evening one of my favorite female speakers-- Liz Curtis Higgs. She is the author of the Bad Girls of the Bible books and several more, Those are some of the best books! She was so funny. Had us cracking up.


Next we had Ken Davis. Oh my word I have not laughed that hard in I couldn't tell you how long. I thought Liz was funny, but Ken had us nearly rolling on the floor. That was the second night. He spoke again on Saturday. He once again had us laughing until he told us the story about going camping with his grandchildren. His youngest grand daughter ended up disappearing.

OH GOD NOT THAT! 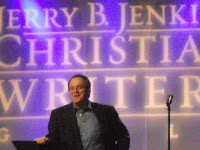 He had one of those pauses for effect, and oh my what an effect it had.

He went on the tell the rest of the story that she was found. WHEW. I spoke with him on Sunday morning. I told him how it hit me because of Liz having been abducted. We spoke for a few minutes. He said he would be following my story! Are you kidding me? WOW! 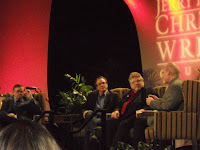 On Saturday evening they had a panel discussion with Dennis Hensley, Ken Davis, McNair Wilson and Jerry Jenkins. They were very good and answered many questions that go through writers minds! I found it very valuable. 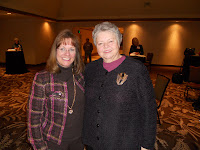 I also had the opportunity to meet a lady that I was familiar with because of the Women Inspired--Two Minutes to Greatness Ministry that I posted about back in December. Here is a picture of Sandra Aldrich and I. Please be sure to look back to a coupld of posts ago to see more about this ministry.

Hello! My writing on this blog is less than sporadic. I seem to be down to updating it about once a month. Forgive me if you are one of the few that are checking for updates and are discouraged to find none.

Jeff and I pulled into our driveway at 12:45 a.m last night from five of the most wonderful days of vacation. We went to our all-time favorite spot to vacation...Naples Florida! We had someone here to watch over the house and the animals, and felt sure that we had no worries. The guys at our business are very trustworthy, and we NEVER got one phone call about problems! Thanks guys for helping to make our vacation a true vacation. You all know that Jeff would have been crazy if there were problems back here.

Thanks to our friends Bob and Phyllis for allowing us to use their condo. What a lovely place to go and feel so at home.

On Thursday, February 10, I leave for the Writing For The Soul Conference in Denver. Jeff will be here as I travel this time. I know I ask for your prayers a lot in regard to the book Through My Tears. I would however covet any and all prayers sent up on behalf of my trip and finding a publisher and receiving help in the field of writing! I love attending these conferences. You learn so much, and glean from those that you talk to. This is the first time I have attending this particular conference. My friend, Virelle Kidder suggested I go. She has taught there, and holds this in very high regard. Her friend and mentor, Jerry Jenkins puts this conference on, and I am truly looking forward to attending! Perhaps I'll have the opportunity to meet Jerry. I have had correspondence with him prior to deciding to attend, so perhaps I'll speak to him face-to-face this time.

I will also get to see T. Suzanne Eller once again. We met at the Colorado Christian Writers Conference two years ago. What a great woman of God she is and also willing to be a mentor to those of us that need help. I plan on being first in line for help! If you would like to see more information in regard to this conference go to www.christianwritersguild.com

I will attempt to post something from Denver to update this blog!
Posted by Becki at 1:20 PM No comments: 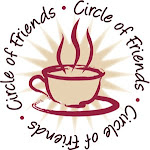 Becki
I am a part-time self-employed, empty-nester that has written a book about the murder of our seventeen- year-old -daughter. I am currently working on two more books and hope to have book #2 ready for publication soon. We have three sons; Our oldest, Micah, is a Worship Pastor at Cornerstone Chapel celebrating his tenth year in Leesburg VA. He is married to beautiful Rebecca our second daughter in love.. Together, they are parents to August Lee or "Gus-man" as Micah calls him Our second son, Jordan, graduated from Indiana Wesleyan University with his BSN RN in nursing. He is employed by Abbott Medical Equipment ,Evansville IN. He married our first beautiful daughter-in-love, Brittany, in August. Together they are parents to Jude Alexander. Our youngest son, Christopher, is a Civil Engineer. He is employed by a Muskingum Watershed Conservancy District. He is married to our third beautiful daughter in love, Stephanie. She is a phlebotomist at Union Hospital. The only one of our children to stay local. My husband, Jeff, is a self employed business owner who is "painting wood by the mile" We celebrated our 35th Wedding Anniversary in November.

If you are interested in having either Jeff or myself, or both of us speak at your church or event, please contact us at the above e-mail address.